This tutorial assumes that you have a basic understanding of SSH and SSH keys. If this is not the case, we recommend you to first read through Understanding SSH.

Before you generate a new SSH key-pair, you should verify that you do not already have an SSH key-pair on your computer. This can be done by running the following command in a terminal window:

If the command outputs a file called something like ~/.ssh/id_rsa.pub, you already have an SSH key-pair installed and do not need to generate a new one. If you overwrite the existing key with a new one, you will lose access to all deployments on which the previous public key was installed.

In the case when no such file is returned, the first step to generate an SSH key-pair on your computer is running the following command:

After running the command, you should see the following output:

By default, the SSH key will be named id_rsa and will be stored in the .ssh/ subdirectory of the home folder (~/) on your machine. Although you could change the name and location, it is recommended to stick with the defaults. To do so, just press enter.

You should now see the following prompt:

However, securing the private key file with a passphrase also implies that whenever you initiate an SSH connection, you will have to manually type in the passphrase. This may be a problem if you plan to automate some deployment management tasks that you like to run without human intervention. In this case, you can provide a blank/empty passphrase.

Complete the generation of the SSH key-pair by providing a secure or empty passphrase, followed by enter. Thereafter, you should see the following output:

You now have generated an SSH key-pair that you can use to authenticate with your deployments. It consists of two files that, depending on the name you specified during the generation, are located at the following locations:

Where to go from here? # 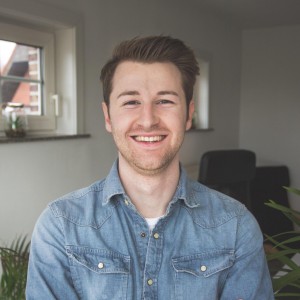 What do you want to learn next?

How to use our cloud platform?

Learn how you can build, host and scale your applications in the cloud in no time.

How to build and host modern cloud applications?

Learn how you can maximally benefit from the elasticity and scalability from the cloud.

All rights reserved. Yes. All of them.